Intro: An amnesiac girl falls into a monster-infested world. She meets several boys with the same affliction and they reside in a mansion to evade the monsters. They adopt the names above their doors, and the girl becomes ‘Beniyuri.’ They receive text messages ordering them to “complete the kaleidoscope.” Who are they? Who sent this message? And what is the kaleidoscope?

END_OF_DOCUMENT_TOKEN_TO_BE_REPLACED

Intro: This fandisk takes place during and after some events of the first game, Guardian of Rebirth, so if you’re new to the series, don’t start here. This attempts to create a resolution for the cast, but unfortunately Otomate pulled a clickbait. You thought your bae would get their due? Haha. No.

END_OF_DOCUMENT_TOKEN_TO_BE_REPLACED

Mangagamer has announced they will be localizing Steam Prison for Windows.

END_OF_DOCUMENT_TOKEN_TO_BE_REPLACED

Today, I received my Day One Edition of Bad Apple Wars!! Let’s take a look at it 🙂

END_OF_DOCUMENT_TOKEN_TO_BE_REPLACED

Intro: Adonis, a group dedicated to purging criminals, uploaded a video of gagged and bound police offers to the public in Shinjuku. They were executed a month later in another public video. Desperate to catch Adonis, the police created the Shinjuku Quarantine Act: everyone 20 or older was required to carry firearms for self-defense. With the threat of X-Day approaching, the police are in over their heads. Ichika Hoshino works for the SRCPO department which deals with the public regarding X-Day incidents. She is ambushed one night and a poisoned collar is locked around her neck. To remove it, she must work with a group of ex-cops, but if her collar is discovered or she reveals the wrong information, Adonis will release the poison in her collar and kill her. Who is Adonis and what do they want with Ichika, the woman they claim has the makings fit for them?

END_OF_DOCUMENT_TOKEN_TO_BE_REPLACED

I’m taking very advanced courses which will eat a lot of my time and stress me out so I wanted to let you know what you can expect from me during the semester.

Thank you for your continued support!

END_OF_DOCUMENT_TOKEN_TO_BE_REPLACED

I honestly still find it surreal that people find my blog entertaining. Why do you keep coming back? I can’t even math!

END_OF_DOCUMENT_TOKEN_TO_BE_REPLACED

Intro: Long ago, in the Kingdom of Weblin, several races (human and demi-human shape shifters) lived in harmony under the rule of the Garibaldi Cats. Until the Wolves rebelled and a plague broke out. To maintain control, the Cats decreed their extermination. 10 years have passed and the law hasn’t been lifted, while the plague continues to ravage the lands.

Fiona Galland, daughter of the Earl Galland, has lived her whole life in a tower, waiting to step outside on her 16th birthday. She is a rare species of humans called Lobeira, which suffer from a weak body and immune system. The villagers direct their anger at Fiona, claiming she’s a witch spreading the plague to sacrifice people for her health. Fiona is sentenced to confinement in the Garibaldi castle to prove her innocence, whose inhabitants have been twisted beyond sanity.

END_OF_DOCUMENT_TOKEN_TO_BE_REPLACED 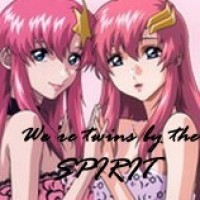 Observing anime and other clap trap

Reflecting on Mecha Anime, myself, the fandom, and other Anime

Japanese-English Translations of the Script of Breath of the Wild

The good, the bad, and the stupid in manga/anime, movies, books, and more from the view of a feminist

What will emerge the victor?

We are twins by the spirit!